You Are Here:
Home
/
What to Expect

In 2022 we celebrate our 250th Anniversary. Here is a compilation of photos from the years. 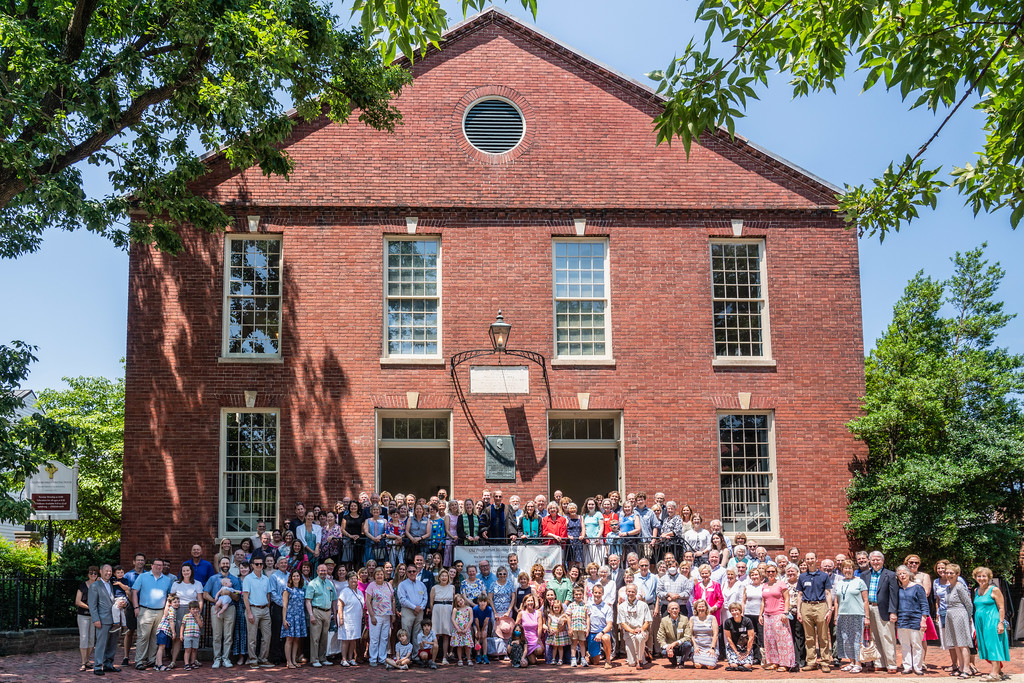 Why is your church called a "meeting house"?

It was established during the Colonial Period when in Virginia the Church of England was the official “church.” Other denominations could gather in public places as “meeting houses,” hence the early designation of this church. The Old Presbyterian Meeting House has borne various names during its history but the congregation has reclaimed the original name to emphasize its historical roots. See History Section on the website for detail history of the Meeting House.

Why are the little doors on the ends of the pews?

Along with being a common architectural style of the time, the pew doors served a functional need. When the original sanctuary was built, just prior to the outbreak of the Revolutionary War, English sympathizers in the Virginia colony feared potential seditious behavior by Scottish Presbyterians. As a result, doors and windows had to be left open during public gatherings. Church members would bring either warm bricks or stones from their homes, wrap them in cloth, and place them at their feet. The pew doors would shut to hold the heat in around the pew.

How old is the church?

It was established in 1772. The first building was built in 1774 and largely destroyed by fire in 1835. The present building was built soon after the fire and historians still debate the extent to which the original foundation and remaining wall structure were used.

What's the significance of the small pipe organ in the front apse?

It was the church’s second organ, installed in 1849 by a famous American pipe organ builder, Henry Erben. Even though it has sustained some “cosmetic scars” during its 150 years, it still is a pleasant chamber instrument, mechanically sound and tonally enjoyable. It functions particularly well as accompaniment to the Children’s Choirs.

Since the installation of the new Lively-Fulcher pipe organ in the summer of 1997, it has also been used in antiphonal psalm singing. For example, the children will sing a psalm antiphon (refrain) standing on the pulpit steps accompanied by the Erben organ and the Adult Choir will chant psalm verses from the rear balcony accompanied by the Lively-Fulcher organ (also located in the rear balcony).

What's the significance of the grave marked by the American flag?

It is the grave of an unknown soldier from our War of Independence. The Children of the American Revolution (C.A.R.) and other such groups make annual pilgrimages to this historic grave.

There were two reasons:

Is the old clock original?

Tradition has it that it is original and it was saved from the fire of 1835. If so, George Washington would have told time by it during meetings he attended at the Old Presbyterian Meeting House.

Does the Old Presbyterian Meeting House still function as a church?

Indeed! We have over 1,000 members, two Sunday services (one during the summer) with an average attendance of approximately 400–500, additional special services throughout the year, Sunday School for all ages, choirs for all ages, and numerous local and international mission opportunities.

How do I get more information?

Worship with us Sunday morning, attend an Adult Education class, or contact our office! 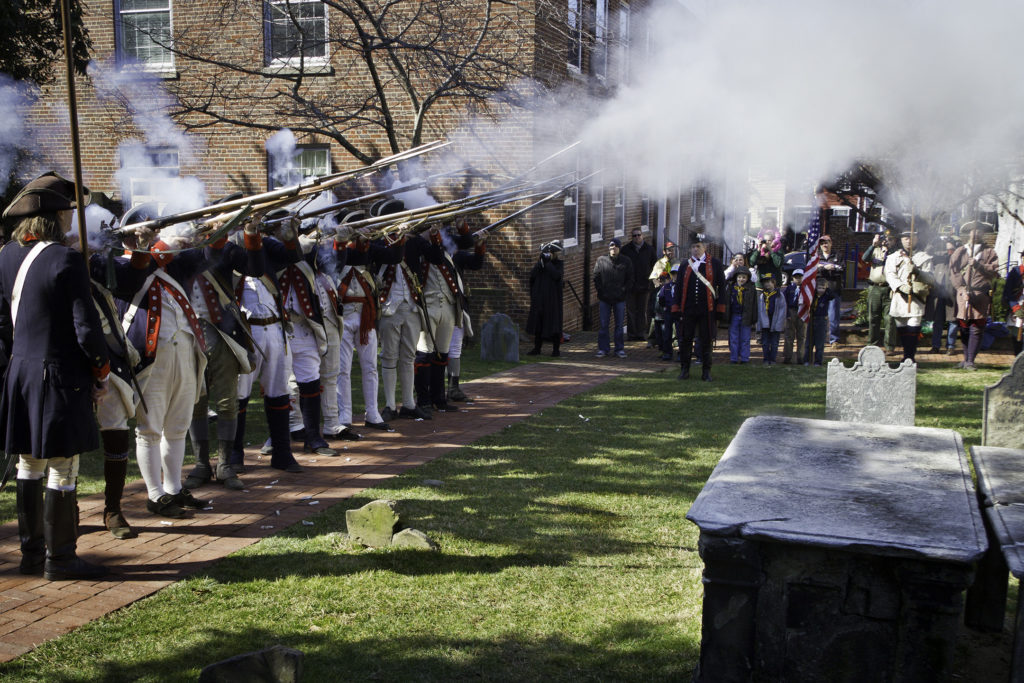